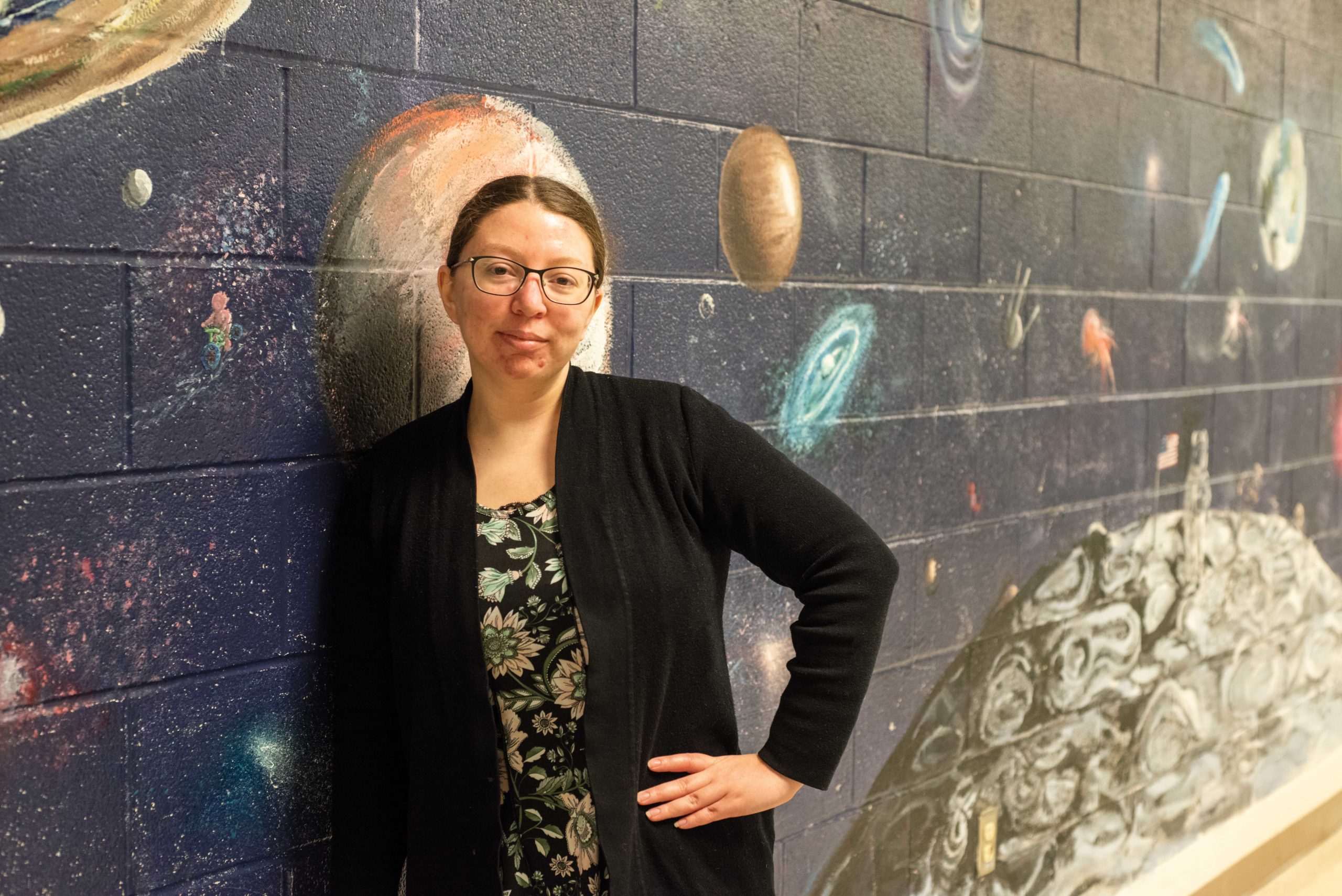 Krystal Rolon, Upper School science teacher, has a history of creating opportunities to pursue her passion for astronomy. As a physics major at the University of South Carolina (USC), she jumped at the chance to volunteer and eventually work at the University’s Melton Observatory as a guide and educator. One of her professors recognized her interest in astronomy. As a result, Rolon began working as a teaching assistant and joined a research group studying supernovae. She graduated from USC in 2019, having earned one of the University’s first astronomy minors. “Physics was my major,” Rolon says. “But astronomy was my passion.”

After college, her search for teaching opportunities led her to Glenelg Country School (GCS). Her expertise and experience in physics, astronomy, and robotics made her the perfect addition to the Upper School’s science faculty. Although she came on board in the middle of the COVID-19 pandemic, she has quickly become an integral part of the Dragon community with her role in coaching the robotics team and facilitating the grand reopening of the Gould Observatory.

A unique feature of the school’s campus, the observatory was built in 2003 but hasn’t been open for use since 2013. The observatory was closed for necessary repairs, but the facility remained shuttered without a faculty member to champion its use. Rolon was eager to put the structure back into service. She enlisted volunteers for help, including Upper School students in her astronomy class and a local amateur astronomy group, Howard Astronomical League (HAL).

Thanks to their efforts, on October 22, 2021, the Gould Observatory reopened with an open house for the school community. Students and families toured the observatory and viewed Saturn, Jupiter, and their respective moons through the telescope. In the facility’s “warm room,” astronomy students offered an informative and interactive introduction to spectroscopy and “The Elements of Stars.” Volunteers from HAL were on hand to offer a “Bring Your Own Telescope” station. Several students brought their own telescopes, and HAL astronomers helped guide them through understanding and setting up their instruments for regular use.

Families who attended the event were thrilled to see the reopened observatory. Students were equally excited to show off the facility. “I love seeing people excited when they see the planets through the telescope,” said Noora Ghahremani ’22, who created and led the “Elements of Stars” demonstration with classmate Sabrina Swing ’22. “Their curiosity about spectroscopy made me want to explain all the logistics and details.”

A second open house was held on November 5, 2021, while a third planned for December 2021 was canceled due to weather conditions. Rolon expects to reopen the observatory for tours and other events this spring.