A Year of Firsts 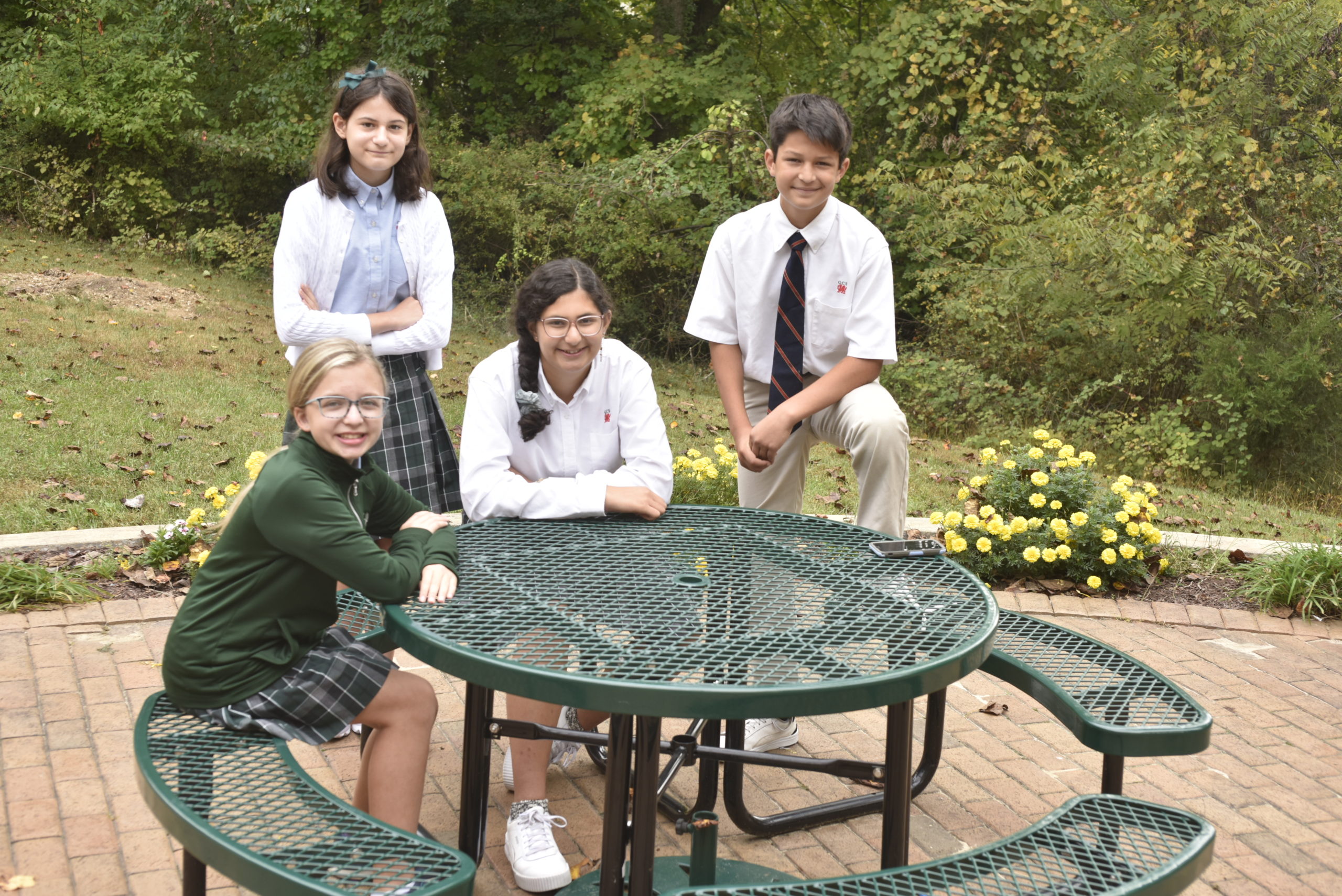 In late August, as GCS prepared for the 2021–2022 school year, a realization dawned on the Middle School faculty: For some of our sixth graders, this would be their first regular school experience since being in the fourth grade.

It is true for students in all grades, of course, this time-hop feeling brought on by the pandemic—as educators worldwide have discovered. But when put in the context of the elementary to middle school transition, it feels particularly significant. Not only are many of our middle school students adjusting to a new school or division, but they are also readjusting to physically being in a school building.

For this reason, the faculty is taking extra care this year to bring all the students into the community and is providing intentional time and space for students to get used to our routines and procedures. Vita Wyatt ’27, who joined GCS’s seventh grade this year, says, “Being new, it’s nice to be able to get used to it slowly.”

She is also a fan of the longer passing time and breaks incorporated into the 2021–2022 school year schedule. “It’s nice that you have enough time, so you’re not rushing from place to place,” she says.

Sixth-grade student Miles Naga ’28 appreciates two aspects of life in middle school that make it different from his elementary school experience: the presence of lockers and team sports.

“Having a locker makes it easier to keep my stuff organized,” he says. “And I like having sports during the day, and I don’t have to stay after school. I can be on the school team and my [local] team after school.”

The total return to arts and athletics has been key to building cohesion among the students. Wyatt found that joining the field hockey team helped her get to know people while doing something she enjoys. And the Mulitz Theater is once again filled with the sound of young voices as students rehearse for the first live Middle School musical in two years, Moana.

For last year’s virtual students, returning to campus allows them to interact with teachers and classmates to their educational and social benefit. Eighth-grade student Ella Madhok ’26, a virtual student last year, says, “Even in masks, you can communicate better with teachers in person, and it’s nice to be able to meet with them. It’s nice to have social time with everyone.”

Seventh-grader Nora Blagojevic ’27, another virtual student last year, says that despite the numerous ways she engaged with school life online—from academics and music to weather club and Battle of the Books—it’s exciting for her to be in the Middle School building. “I like having study hall,” she says, “and it’s nice to get away from the computer.”

Middle School is always a time for many firsts—first school musical, first time playing on a school team, first time running for student government. This year, that feeling is amplified for both students and faculty. There’s an acute awareness that everyone is together again for the first time in 18 long, hard months. We are grateful to be here and, like Blagojevic, glad to be away from the computer.