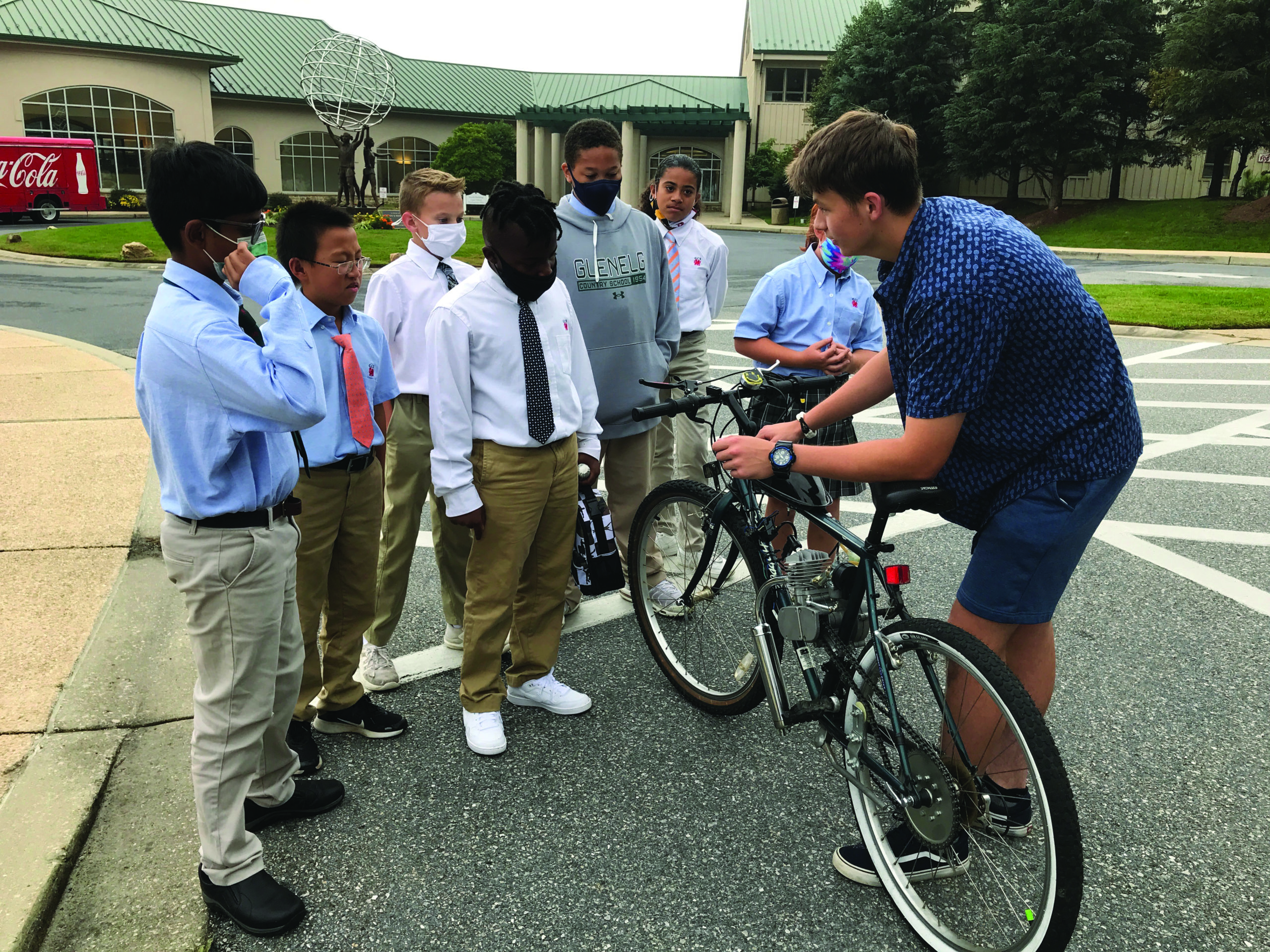 As a Glenelg Country School lifer—a student who has attended GCS since at least Kindergarten—Josef Marschall ’22 is well connected. So, when he came up with the idea to create an automotive club, he knew which teachers to ask: Marc Schmidt, technology coordinator, and Ben Shovlin, Innovation Lab technical director.

“Josef came to us at the end of last [school] year and asked if he could start an automotive club,” explains Schmidt. “He has always been interested in this topic and has made a variety of projects over the years at his house.”

The combination of the COVID-19 pandemic and winter break provided the perfect opportunity for Marschall to improve his engineering skills. He started by building a workshop in the basement of his home and began working on different projects. While many students his age play video games or create TikTok videos, Marschall finds joy in other activities. “I’m interested in mechanical engineering, and I just like building things in my free time for fun,” he admits, which is why he decided to build a motorized bicycle in his spare time.

Using an old mountain bike stored in his basement, Marschall co-opted a weed wacker engine. This proved ineffective because the engine didn’t have enough torque. There was also no clutch, a mechanical device that engages and disengages the power transmission from the driving shaft to the driven shaft. “It didn’t work out properly,” Marschall concedes.

Undeterred, Marschall pressed forward. He purchased a $100 mid-rise bicycle kit from Amazon, and with a bit of determination, his vision of a motorized bicycle came to life this summer. With skills honed from previous projects, Marschall built his motorized bike in about a week. “I was kind of already experienced through previous trials and errors,” he explains.

In October, Marschall showed off his achievement to Upper School students in the automotive club he founded and Middle School students for social studies teacher Jason Born’s club activity. He demonstrated the bike’s mechanics and rode around campus. “I explained how to get up to speed and release the clutch at the right time.”

The demonstration brought Marschall full circle, as several of his STEAM Fair projects won awards when he was in middle school, including one in which he built a hovercraft. Using a piece of plywood with a tarp underneath the project explained how air pressure allowed the board to hover. With a smile, he admits, “it was kind of cool.” He hopes his demo inspires today’s students. “Having middle school students come up to me asking, ‘Are you the one that built the hovercraft?’ shows that they’re pretty interested in learning more.”

In the meantime, Marschall is already building his next electrical bike. His goal is to create an electric vehicle based on different components that make Tesla successful for his integrative project. He is researching the company’s use of artificial intelligence, battery technology, and design to build a new bicycle using CAD software.

As he prepares for commencement in the spring, Marschall is looking forward to a bright future. He plans to apply to the Coast Guard Academy to study mechanical engineering. “It’s a great STEM school. So, I’ll be able to [study engineering] and pursue that as a career.” As for starting his own electric bike company, Marschall laughs. “Maybe one day. You never know.”