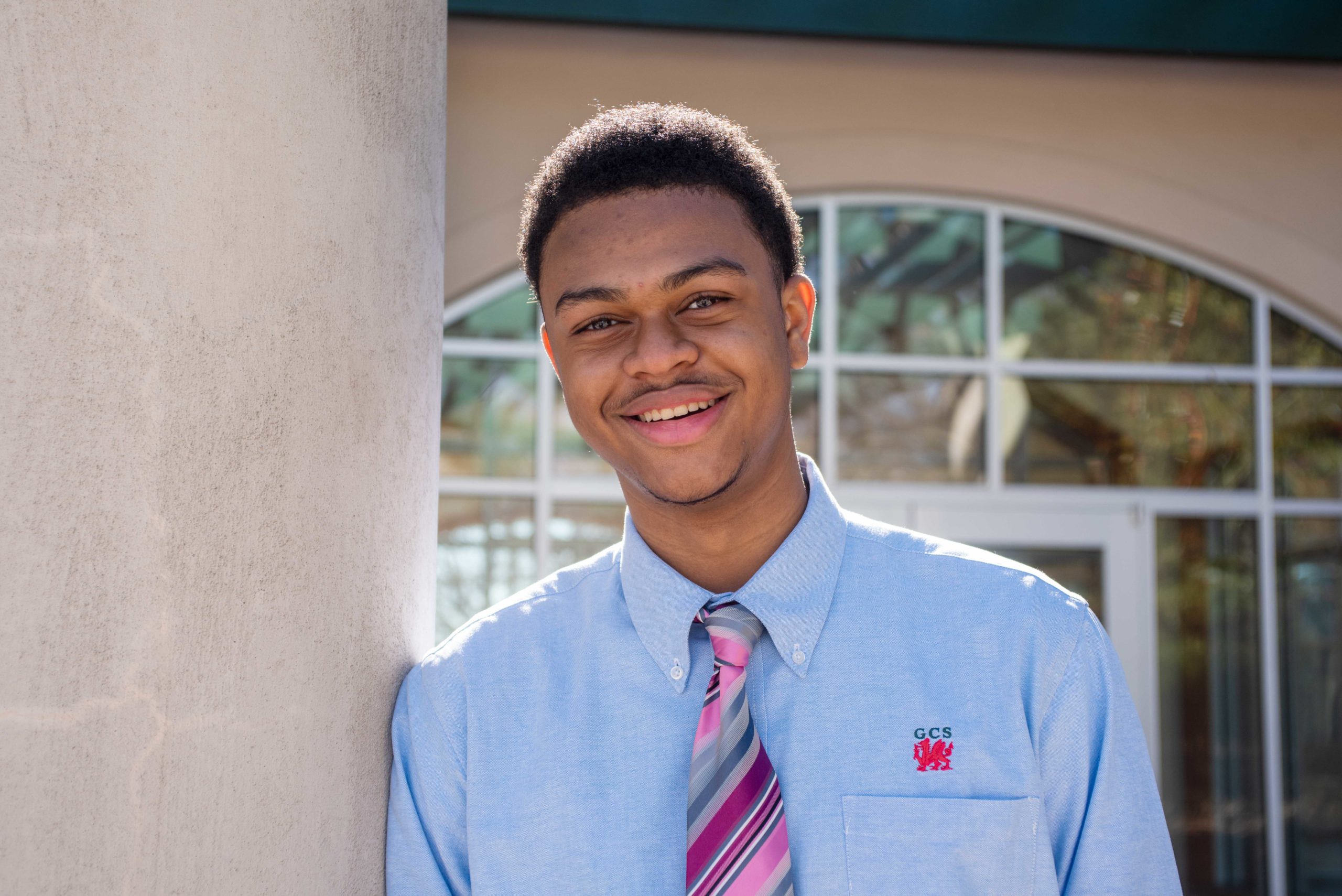 If you were to ask teachers in the Upper School for a list of student leaders, one name would be among the top answers: Daniyel Coy ’22. A Dragon since 2008, he arrived at Glenelg Country School (GCS) as a four-year-old pre-kindergarten student. Coy is a lifer—a student who has attended GCS since at least kindergarten—and has seen an evolution around topics vital to him.

“There has been growth in the social context of where our dialogues are taking us now, especially regarding issues around diversity and inclusion,” he explains. For this reason, Coy has immersed himself in an array of community and social initiatives that he hopes will shape his career ambitions.

Embracing the diversity of the GCS community, Coy participates in many clubs and activities, including Common Ground, the Upper School’s diversity club. “We discuss ways to educate the community around topics of diversity and think of ways to promote inclusivity in our community,” Coy explains.

In addition to serving as a student ambassador and speaking to prospective students and families about his GCS experience, Coy has volunteered at the school’s International Holiday Bazaar as an emcee for the last two years. “This year, we were on campus and had a large turnout. It was a great experience!”

Coy’s leadership goes beyond the GCS campus. As a member of his church’s youth committee, he started the Shallow Christian Fellowship Food Bank during the height of the COVID-19 pandemic. Each week, the group collects, sorts, and distributes food to area residents. He also began working with the Maryland Alliance for Justice Reform, helping to propose bills that seek out ways to eradicate racial bias.

“Daniyel is an amazing example of selflessness to our community,” says Sheena Jordan, diversity coordinator at GCS. “Many aren’t aware of his impact on our school and beyond.”

Coy is open to participating in many opportunities. So, having attended the Baltimore Student Diversity Leadership Conference (BSDLC) in the past, the chance to become a student planning leader for the event was a no-brainer. “I jumped on it!” Coy recalls.

“When I attended the middle school version of the conference, it piqued my interest. I’ve been on the planning committee for the last two years and found the experience valuable,” says Coy.

The conference, which brings together schools in Baltimore City with private sector entities to celebrate diversity and bring awareness to relevant societal issues, is attended by approximately 200 students.

Coy facilitated a session on history with a group of five other students. “I’m a bit of a history buff. The nice thing with history is that it is a broad enough topic that the group was able to explore many themes,” he says.

Sheena Jordan contributed to this story.